Just When I Thought Things Couldn’t Get Crazier… 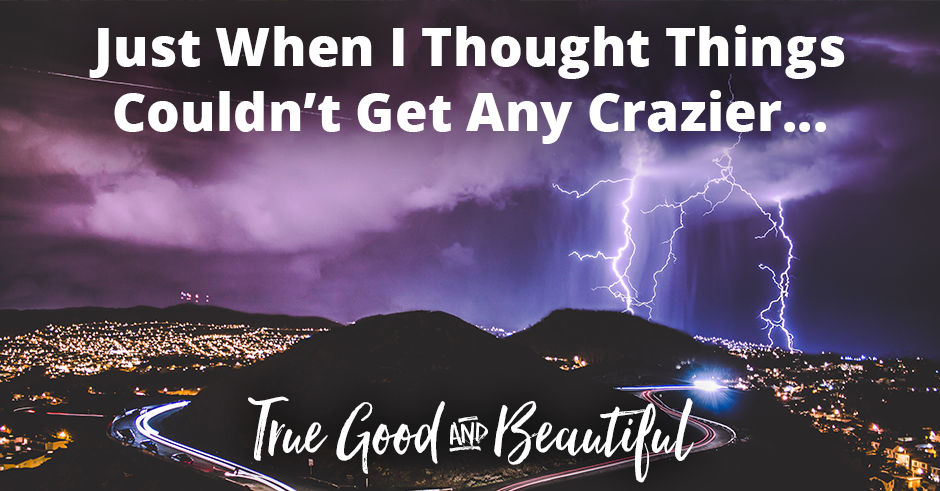 Remember how we recently updated you on The Summer of 2016 and celebrated that I was still halfway sane?

If you hadn’t caught those, Part 1 and Part 2 are here for your reading pleasure.

In the end of my last post, I explained that I just KNEW the changes weren’t over. I’m a freakishly intuitive person. Whenever Jesus is about to do something big, he gives me this vague pit-in-my-stomach thingamajig as a warning.

I’ve had that feeling since May and it still hadn’t gone away…hence me knowing change was still a comin’ round the mountain.

And let me tell you. This one was a mic drop.

Before I drop the atomic bomb news on y’all, let me back this train up for a hot minute.

In May I had an insanely clear dream that we were supposed to pursue adoption again. We put some photos here and on Facebook, not really knowing how things would shape up. We got several leads in those first few days. An OVERWHELMING MAJORITY of them were links to an adoption blogger who had posted about a baby due in August 2016. At that time, we had NO idea we’d be moving cross country this summer but we did know that the August baby wasn’t our baby. (In hindsight, it would have been impossible for Jonathan to have made a career move had we pursued that sitch.)

I started following that blogger’s RSS feed because of YOUR referrals.

This brings us to this past Thursday night.

All Jonathan and I had planned was to do was Netflix and chill. And as a 31 year old woman, I mean we planned to literally watch Friends on Netflix while drinking wine.

I had to check one more thing on my computer and that’s when I saw the blog had an update. There was an Momma looking for an adoptive family for her baby and the agency wanted traditional married couples to submit their profiles.

We don’t have a profile. We don’t even have a home study done. We just moved states and live with my parents while we wait to move into our home.

Why would I even THINK this would be possible?

As these doubts ran through me, the same exact feelings that came over me when I found out about Josie hit me. This wasn’t just any situation. We had to get a profile done and FAST!

We stayed up until 4 am working on the profile (while Fixer Upper played in the background) and sent it to the agency. They said expectant mom would be looking soon and they’d be in touch.

The weekend felt like an eternity. I tried to keep busy and not think about it but that was basically impossible.

I had mostly happy and hopeful thoughts but a few times I started to panic about the fundraising.

When Josie joined our family, we raised around $18,000 of the total $25,000 to cover the adoption expenses. We vowed to start saving for the next adoption as soon as possible and we have. This situation is going to cost over $37,500 in agency and legal fees…which is slightly more than we’d saved (kidding, it’s A LOT MORE)…so fundraising is again vital. And of course we just moved to a new state and need to start our home study from scratch – meaning we can’t apply for grants (since they require a completed study).

“People don’t want to donate to your adoption fund again.”

“Maybe you shouldn’t adopt if you can’t afford it.”

That’s when I got a message on Facebook from a old friend I hadn’t spoken to in several years. She said she got a bonus at work and was praying about where to send extra tithe money…and Jesus pressed us on her heart for our next adoption – whenever that would be.

Talk about God just cutting those fundraising lies down with a lightening bolt.

My jaw was nearly on that floor in pure awe. It was then that I remembered who God is – a loving Father who provides for his children. (And sometimes shows off a bit while doing it!) OF COURSE God had someone who wasn’t aware of the situation come in and dispel those lies to set the record straight about fundraising. He’s so in control that even before I asked for his help or realized I’d gotten tangled in lies, he moved into the situation in an undeniable way.

Inviting others into the story through fundraising was so very special last time around and I don’t want to rob us or others of that grace. It was too beautiful.

Fundraising again it is. God left no room for argument.

OK, back to the profile.

We submitted it over the weekend and Monday night I was again on the computer getting auto insurance quotes. (If you don’t shop around every year, they will gauge your eyeballs out people!)

So there I am minding my own business when I see an email come in from the adoption agency.

I opened it and didn’t even read it straight away – I just panned for either positive or negative language. That’s when I saw the words, “She has selected your profile as the prospective forever family for her baby!”

I dropped the computer and sprinted to the kitchen to tell Jonathan, JoJo, and my mom. Jonathan thought I was joking at first and had to go read the email. WHY WOULD I JOKE ABOUT THIS? Women who’ve battled 5 years of infertility NEVER joke about babies.

Wednesday night we had a phone call to talk with Birth Mama and it went really well. Of course we were nervous but she was so sweet. What struck me most was her selflessness and thoughtfulness. We look forward to getting to know her better these next couple of months.

Curious as to when Baby Tex #2 is coming on the scene?

Christmas will be a blur this year (since I don’t even remember the Thanksgiving the week after Josie was born) but that’s just fine by me! And yup, the next several weeks will be controlled chaos but they will be glorious. 🙂

This is where YOU’RE HELP comes in.

Like I mentioned earlier – this situation is going to be over $37,500 in agency, legal fees, background checks, travel, etc.

What we have saved doesn’t hold a candle to that and realistically what we’ve got saved will cover our home study and a few other things.

We’ve decided to do another Puzzle Fundraiser because we absolutely LOVE Josie’s puzzle hanging in her room. We love the reminder it is of how she came into our family and we enjoy being able to look at the back of it and see how many generous people cared and donated.

You can help by:

Thank you all for your support and encouragement in advance. You guys are the best. 🙂

It’s been a big week around TGB. Many Little Happies to recap this week! 🙂 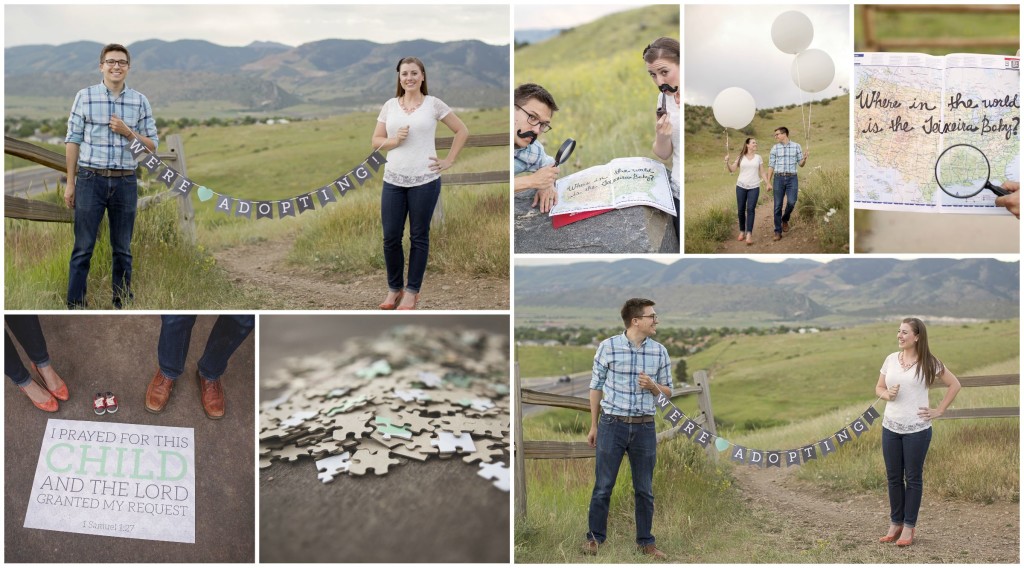 All props to Alzbeta over at Voboril Photography for being AWESOME! We literally did this photo shoot on Wednesday night and within two hours we had these photos since she knew we needed them to launch our Adoption Page on the True Good and Beautiful blog. We had a lot of fun taking this shoot, especially wondering where those giant balloons ended up when they floated off mid-shoot. LOL! Good thing we snapped a few photos with them first.

Oh and can you tell that Jonathan used blue crayon to color wear marks on his jeans or that he used brown crayon to darken the worn tips of his shoes? Didn’t think so. Pretty clever Lifehack. 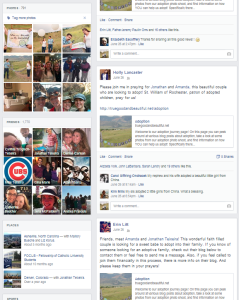 When we launched our Adoption Page here on TGB, generous people began sharing our information on Facebook. This spiked our blog traffic and we had nearly 7,000 views that day alone. We are so grateful to see others rooting for us!

Infertility has been a long and lonely road…and I understand that it’s hard to concretely support a couple going through it. However, with adoption, we really feel a community rallying behind us. They’ve likely all been praying for us all along but now have a tangible way to help. I couldn’t be more grateful. It’s made me realize how we’ve never been alone in this like I was tempted to believe on the dark days. 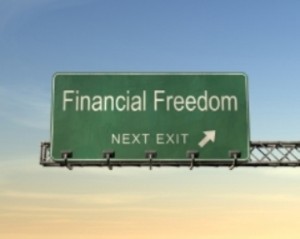 Last Wednesday night we took those Adoption photos…then proceeded to stay up all night building the Adoption Page on the blog. We would’ve went to sleep but we had to catch a flight at 5:50 AM to skip down to FOCUS New Staff Training in Florida to teach a class on Finance & Budgeting!

We landed in Florida, drove to Ave Maria and were teaching within 15 minutes of arrival! A few hours later we taught the class again. We slept like the dead that night, especially because we had separate twin beds and no one could steal the  covers. The next day we met with several staff in 15 minute increments for over 3 hours before hopping back on an airplane.

Might sound exhausting to some (and it was) but we absolutely LOVED every second of it. I only wish we took a photo while teaching, as the staff were great students! 🙂

I also realized we are officially “old” in the FOCUS world. One lovely first-year staff member even asked for our autographs! Yep, we’re getting legendary AKA old. 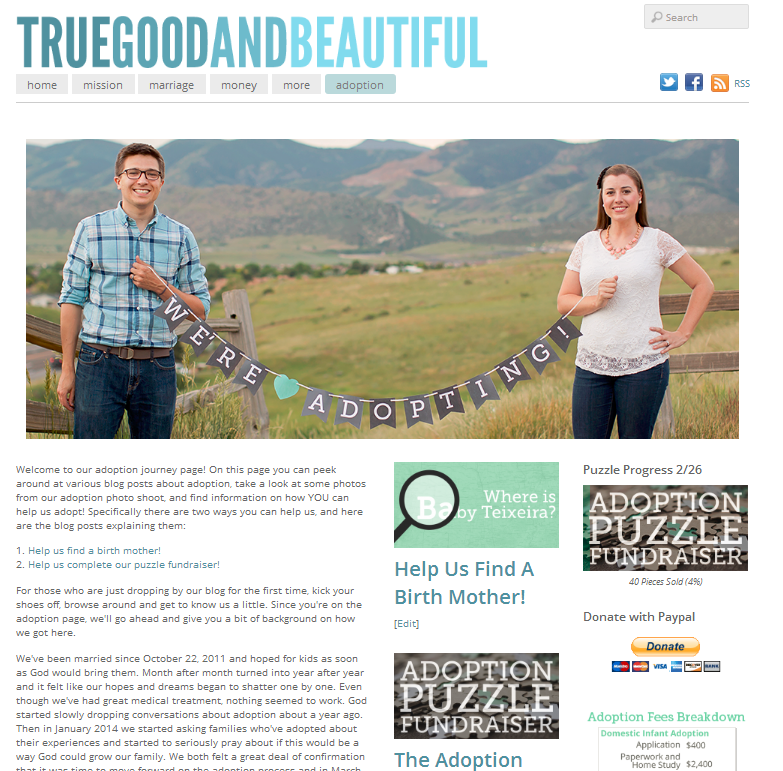 Last but not least, the launching of the Adoption Page!

Not only have we had people reaching out with ideas on how to connect with potential birth moms, we’ve also had generous people participating in our Puzzle Fundraiser! So far We’ve raised over $1,300 and need to put an update photo up but the puzzle is harder to assemble than anticipated! LOL. An update will come soon.

I’m also excited to see such a positive response from others in the adoption world about our page, photos, and ideas. Honestly, I credit Jonathan’s creativity for 100% of how cool it all looks. I credit myself 100% for making sure it got done. 🙂 We’re opposites but a very complimentary team indeed!