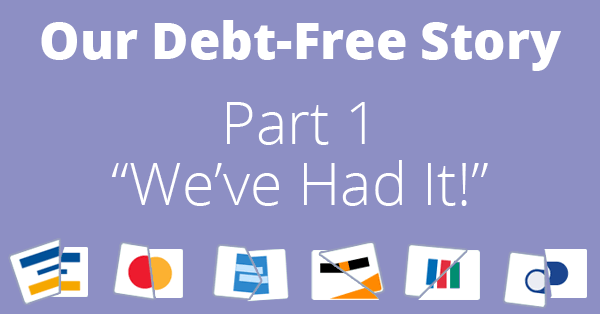 This is Part 1 of a 3-part series. Be sure to read the whole story!

Since we are running a Financial Peace Giveaway, it only seemed right that we formally share the story of how we became debt free.

This will be a three-part series and this post is the first installment. We hope to offer encouragement in sharing our experiences and perhaps a few laughs along the way.

So, let’s take a trip down memory lane back to yesteryear…. 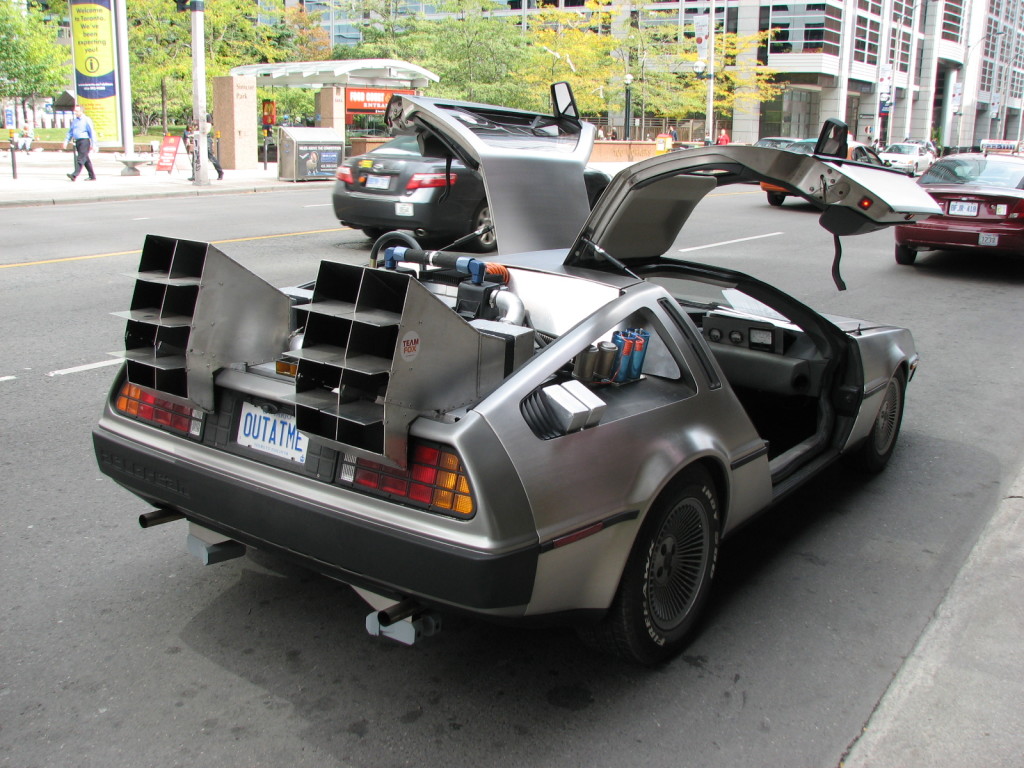 Since we’ve all not-so-secretly wished we could travel in one.

The story begins on  warm summer’s eve when a guy with long hair walked up and  asked me to get ice cream later that night. I said, “sure.” He then high-fived me and ran away.

That guy was Jonathan and we’ve been inseparable ever since that first ice cream cone.

Our first conversations about money began that Fall. We both declared we had some students loans and had them on auto payments…student loans we likely never needed to take if we had both saved and worked through college. Whoops. Not a very deep or informative conversation but it got the ball rolling.

In late Spring…Holy Thursday to be exact, we got engaged and that is when the real shackles of debt began to rear their ugly heads. Now we had a wedding to plan with varying expenses and a honeymoon to pay for. Naturally we began to talk more details about what sort of financial means and baggage we were carrying at the time.

We were sitting in my car when the bomb dropped.

What’s weird is I didn’t freak out about the $21,000 in student loans but I FREAKED about Jonathan’s credit card debt. Something about credit cards has always scared me and I just cringe at the thought of paying 17.235% interest or whatever they are. Gross.

At that point, I had some savings I was holding onto. Why was I sitting on student loan debt with savings in the bank? Don’t ask. I really have no idea. Upon arriving back at my house, we got out of the car and I logged into my bank and transferred Jonathan the funds to pay off the credit card immediately.

Later on I learned  Dave Ramsey says I shouldn’t have done that until we were hitched. Whoops.

It was paid. I felt instantly better.

Throughout our engagement we both began to read Dave Ramsey’s Total Money Makeover. It rocked our world. All the testimonies from individuals and families who have worked Dave’s plan and obtained financial freedom were inspiring. We started listening to the radio show and with every “debt-free scream” that aired, I would start to cry. We felt the weight and burden of debt and knew we wanted it gone as soon as possible.

We had that thing called a wedding to plan.

We wanted to apply all of Dave’s principles right away but we were waiting to merge bank accounts until after the wedding and there were too many urgent tasks in the way that kept preventing us from starting to budget on our own.

We let the principles take a back seat and knew that after the wedding, there was no turning back.

We were going to do this.

We were going to kick Sallie Mae to the curb and never look back.

We were going to be debt-free and that is all there was too it.

We were finally “mad” about our debt.

In Part 2, we will talk you through how we got started working the baby steps as a married couple.

See you next time! Until then, jump over to our FPU Giveaway post to enter for a chance to win one of three FPU memberships!