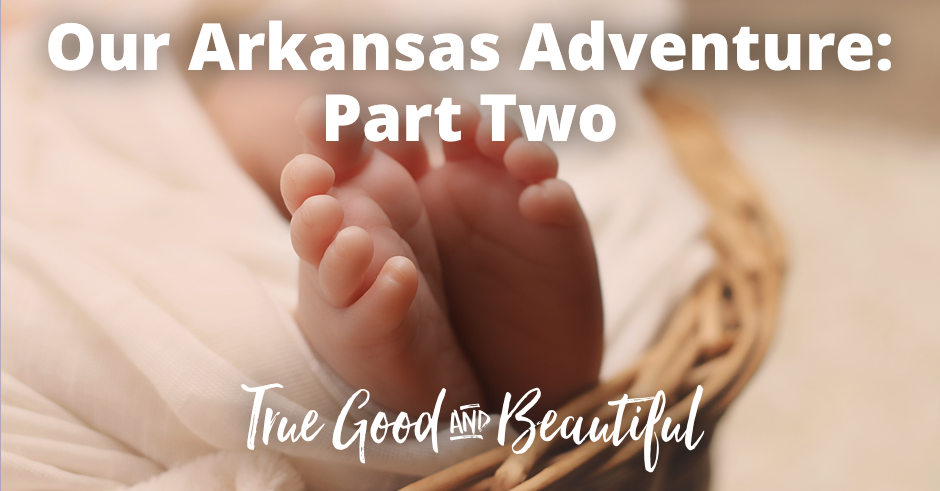 In typical fashion I left last post with a cliffhanger. I don’t feel like there’s been enough drama or suspense in our world right now, so just trying to supply some. 😉

As the birth family got all checked into their room, we hung out in the lobby, trying to figure out where we were supposed to be when the baby was born. Charlotte was coming via c-section and neither Jonathan or I would be present in the room. Navigating how the baby would get to our room was proving difficult for the hospital social worker and staff.

One nurse in particular earned the nickname Nurse Ratched because she just had this horrific attitude towards us. Obviously Jonathan, myself, and the agency were being nothing but kind and cooperative as we tried figuring out where we were supposed to be. This nurse was just unbelievably rude towards us…me in particular.

That’s when I realized it was because this was an adoption. There are certain people in healthcare that treat adoptive moms like some psychopath woman from a Lifetime movie…like I was sneaking around the Labor and Delivery floor waiting to snatch a baby and make a break for it. I’ve had friends talk about this with their past adoptions but I hadn’t come up against it until Nurse Ratched. She and I will cross paths again here in a few minutes and it ain’t gonna be pretty.

We finally (after 2+ hours of wandering hospital, calling social workers, talking to nurses, etc.) figured out that we were supposed to wait in a room and that Charlotte would be brought directly to our room after birth to the warming table to get weight and vitals. Whew.

It’s now after 1pm and Miss Josie is one feisty, stubborn girl when she’s NOT tired but she had reached full blown tantrum mode at this point. We knew Charlie would be born any moment so we white-knuckled through thinking we would meet Charlie, snap a video of Josie meeting her sister, and then Jonathan would go drive around Little Rock while Jo napped in the car and I snuggled Charlie.

The door busted open and in walked the doctor carrying Charlotte and a few nurses. They took her to the warming table and clearly were trying to encourage her to cry. At this point Jonathan was excitedly taking video footage of everything. Since I am a nurse, I knew straight away that something wasn’t right. I told Jonathan to put the camera away. (BTW we still haven’t watched that footage. I can’t come to do it quite yet.)

After a minute or so Charlie let out a cry but it sounded like she was drowning. We never heard another cry again. Her oxygen sats were dropping and at this point were in the 70’s and falling. The team working on her said they needed to take her to another room to evaluate her/apply C-PAP to try and get her oxygenating better.

Everyone was saying, “Oh this is no big deal, she’ll perk right up.” It’s not that uncommon for c-section babies to have a little trouble breathing after birth since they didn’t get the fluid pushed outta them on delivery. This wasn’t that though and I knew they were just trying to stop us from worrying. In my gut I knew something was seriously wrong.

At this point Josie was like a nuclear war head. Screaming, thrashing, tantrums on a level we’d never seen. We decided that Jonathan should still take her on the drive so she could nap and that I would stay and wait for news about Charlotte. It was an impossible decision but we had no other options because hello, living in a state where we don’t know really anyone.

After a 15 or so minutes of sitting in the room with the social worker from the agency, I began to get restless. Why hadn’t they returned to update me? What’s happening to my baby? I peeked my head out of the room and Nurse Ratched was there. She told me to “SHUT THAT DOOR AND DON’T COME OUT UNTIL WE GET YOU!”

Would she have spoken to the birth mother that way? No. It was crystal clear I wasn’t a real mom in her eyes. I know legally at that moment I wasn’t but the birth mom chose us and I knew that she’d want me to be with Charlotte since she couldn’t while she recovered from a c-section. I was in shock so I just shut the door. I went over to the hospital bed and started crying as I texted family about what was going on.

A few more minutes passed and I just decided that no was not an answer I would accept – I needed to be with Charlie. So I went back into the hallway and the Charge Nurse was there. I went into a big speech about how I would gown up and stand in a corner but by golly I was going to be in the room with my daughter.

I was crying and must have looked like the most desperate person she’d ever encountered.

I arrived in the room where they had Charlotte and my heart sank because there were about a dozen doctors, nurses, and respiratory staff working on her. Obviously it was far worse than they originally thought. They were getting ready to intubate Charlotte and were sedating her through the umbilical line she had in place. Her oxygen sats never picked up with the C-PAP or anything else they’d tried and she needed oxygen so going on a ventilator was the next step.

They loaded her into an incubator with a ventilator running so she could transfer to the NICU. I grabbed all our bags and followed while I called Jonathan, updating him of the situation.

JoJo was still asleep in the car but I needed Jonathan at the hospital with me. Things had gotten too serious. We called the family we were staying with and asked if they’d be willing to take Josie for the afternoon/evening. They said absolutely which was such a gift. They were literally the ONLY PEOPLE WE KNEW in Arkansas. We were so grateful we hadn’t chosen to stay at a hotel at this point because it wouldn’t have allowed us to be at the hospital together without Josie at a time we needed to be.

Jonathan returned to UAMS (University of Arkansas Medical Sciences) NICU that evening. We both had more questions than answers but a diagnoses finally came: Persistent Pulmonary Hypertension of the Newborn. Her doctor sat us down and explained that the first 72 hours would be the rockiest and that hopefully she’d begin responding to medications and make a turn for the better. She told us we’d be in Arkansas for a long time. She told us that this disease was very serious and can be life-threatening (later Googled…first and only time I mistakenly Googled her disease….that as recent as 2000 40% of children with this diagnoses didn’t make it). She told us they’d do everything they could to stay in front of it and that they’d work their way down the treatment options available.

We sat on the couch, dear in the headlights, processing everything that was happening.

The agency social worker remained by our sides which was a huge source of support. I remembered how nervous I was before Charlotte’s birth, wondering if we’d bond right away. Recalling that now makes me laugh because I was so bonded to her and she’d only been on the outside world for a few hours. Instead of her illness making us hesitate about the adoption it drew us closer to her. I became Momma Bear the moment I saw her. We were forever in love with Charlie no matter what played out over the days and weeks ahead.

By the end of her first day of life she had tubes coming outta everywhere. She had several IV medications running. They tried Surfactant on her lungs and it didn’t work and were gearing up to start Nitric Oxide to help her lung alveoli relax and oxygenate well. We prayed over Charlotte for a while and eventually pulled out the couch and chair beds in Charlie’s NICU room somewhere in the wee hours of the morning. It was time to get some rest (which I laugh about now because seriously who can rest when their kid is in a life-threatening state AND there are constant monitors beeping and people coming in and out of the room). 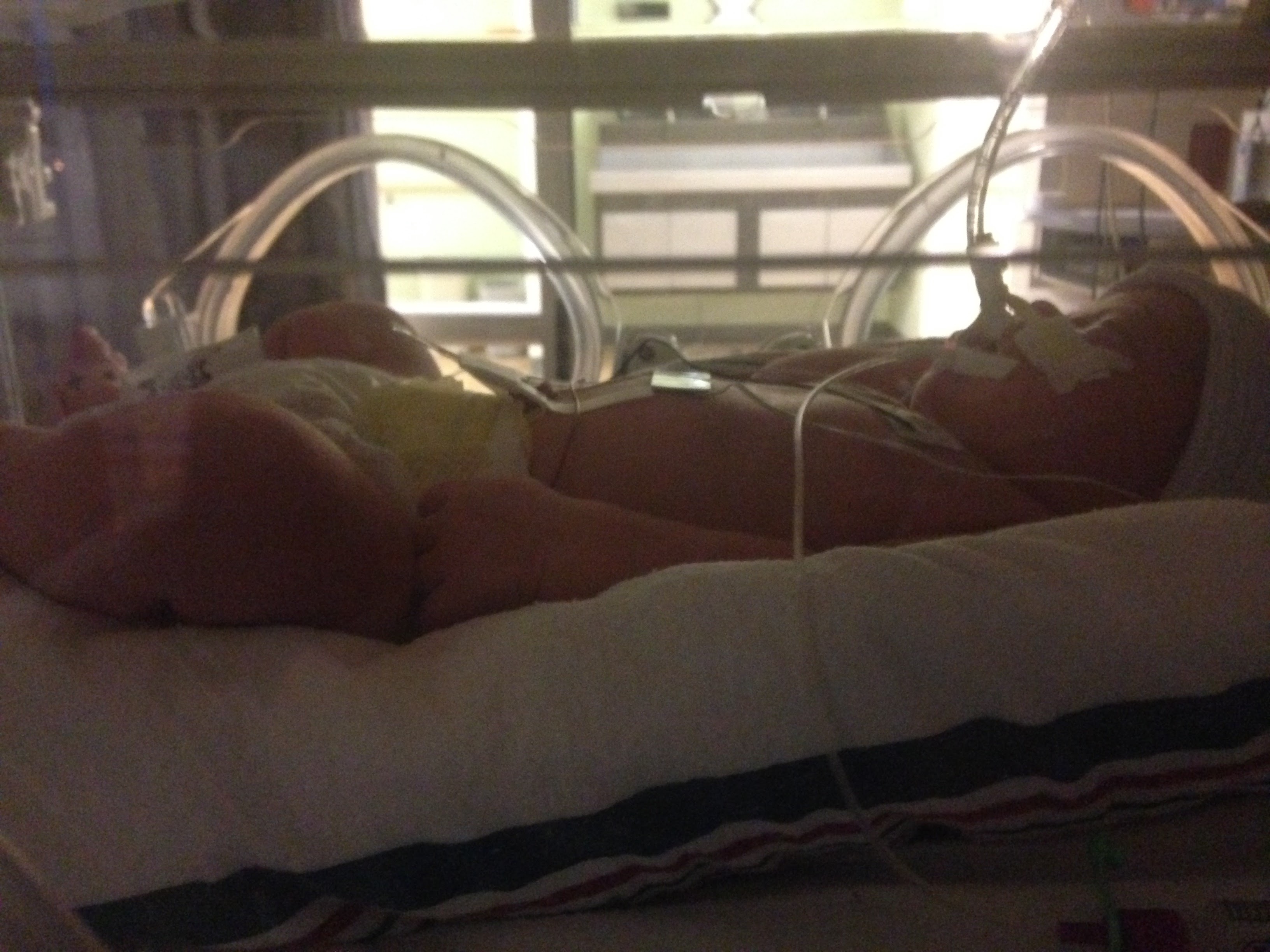 Before she was born we were told that Charlotte would be discharged to go home from the hospital 24 hours after birth so Jon and I didn’t think to pack extra clothes. Heck, we’d only even packed Newborn clothes for Charlie and she was born at 10 pounds so those weren’t ever going to fit! We were totally unprepared but trusted the Lord would provide. As I drifted off the sleep (for multiple 15 minute increments LOL) I remember feeling overwhelmed by all the unknowns ahead but totally confident that God would take care of Charlotte, her birth family, and us.

I also knew it was going to be rough waters but that we wouldn’t be alone in the storm. That Oceans Song I referenced in our last post (the one that’s all about stepping out into the water like Peter the Apostle did when Jesus asked him to) was becoming a reality in our lives. Jesus essentially set fire to our boat out at sea and it was going down. He was inviting us to step out of the sinking ship in faith in a way we’d never done before.

OK, Lord. We stepped. The rest is all up to You.

Our Arkansas Adventure: Part One