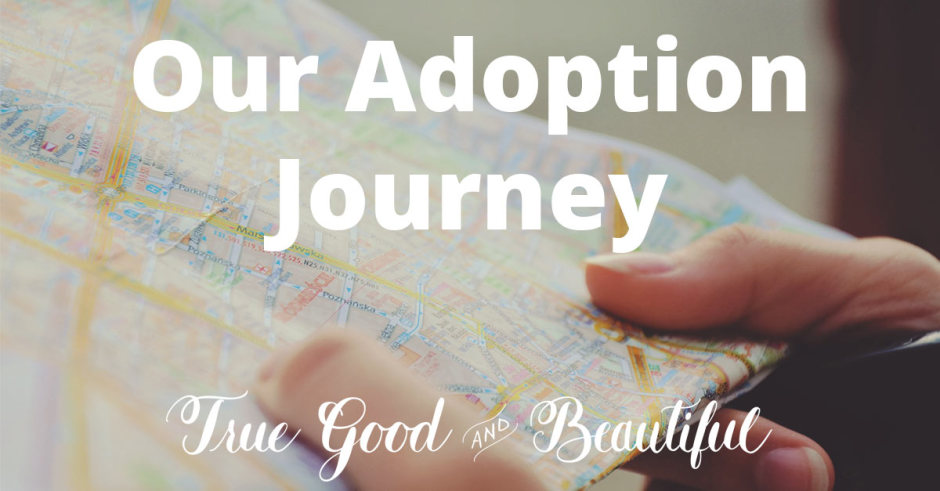 As I sit here typing this…there is a baby fast asleep in my swaddle shirt.

We are obviously still in disbelief but it’s been two weeks since Miss Josephine Rose entered this world.

Two weeks in which we have basically lived in a Zombie-like  sleepless state. Two weeks filled with the h.a.r.d.e.s.t. things we have ever done. Two weeks brimming with joy and hope.

And unless we sit down to document the journey here, it will likely be lost in our imaginations forever since our memories deprived of sleep haven’t been proving too reliable.

The journey officially began over two weeks ago, on Friday November 7th.

We went to the airport with three suitcases, a stroller, a car seat carrying backpack, a stuffed baby bag, and two personal bags. We looked like a three ring circus and it was a lot of fun! We kept getting comments like, “Where’s the baby?” since the stroller was empty. Numerous times as we told people about our adoption plans, they claimed to immediately “get chills” and tear up. Adoption is very cool and exciting but we weren’t expecting complete strangers to be so moved.

It felt like we were embarking on an adventure we could never turn back from…sort of like The Lord of The Rings.

We flew standby so that means we missed flight after flight after flight until we finally caught the last flight out (eight hours later) from Denver to Sacramento. What did we do while we sat at the Denver airport? We watched Wreck It Ralph and I pumped breast milk on the women’s bathroom floor several times. I swear women looked at me like I had a bomb under my nursing cover as I huddled in dark corners of the bathroom.

We landed in Sacramento, California and drove to a couple’s home whom we’d never met except via email and telephone. We found them via some Catholic connections and they were the perfect couple to stay with while we were away from home.

My parents honeymooned in San Francisco, so we just had to visit some of the spots they talk about in their stories: St. Mary’s Cathedral in China Town, Fisherman’s Wharf, Pier 39…all the tourist traps. We got stuck in 2+ hours of traffic on our way back to Sacramento and began listening to Serial, a podcast being aired by This American Life and it is AWESOME. I highly recommend a listen.

We slept in Sunday morning, which was a very very wise decision and then repacked up for our journey north for the birth of baby Josie.

Monday morning began at 3 am since we needed to drive 4 hours north meet Josie’s birth family. Upon arriving at the hospital, Tiffany (Josie’s birth mom) got all checked in and ready for the c-section. She and Matt (Josie’s birth dad)  chose for me to be in the Operating Room when Josie was born, which was SUCH an honor.

I can’t describe how I felt being in the room while Tiffany had the c-section. I was filled with gratitude for her love and sacrifice for baby Josie. I was stunned and shocked about what was about to happen. I was anxious because any surgery gives me nervous energy, especially ones where I am present.

Then she came. Josephine Rose Teixeira.

I remember the doctor making a comment about how she already needed a trim because she had a full head of hair. Once the Doctor moved aside, I caught my first glimpse 🙂 I told Tiffany I would either be unable to express emotion or a basket case…but I was neither. I gently cried and felt immense levels of gratitude. I brought Josephine over to Tiffany and we both got our first in-depth looks at her hair, her button nose, her big lips, and her long eyelashes. She was a beauty.

We spent the next 72 hours in the hospital visiting with Matt and Tiffany frequently. It was a very special time for everyone and we will tell Josie stories from our time with them for years to come. A local priest came and held an adoption blessing ceremony for us – it was awesome. I love being Catholic because there is a blessing for everything! 🙂

Finally it was time to travel back down south to Sacramento to wait out the paper work between California and Colorado. It was bittersweet to say goodbye to Matt and Tiff as they are part of our family now…and the gift they’ve given us really has no words to match it. We couldn’t possibly ever express to them how thankful we are for them and for their desire to make an adoption plan for Josephine with us.

It’s the most humbling thing in the world.

We “settled” in our home away from home in Sacramento as best we could. Besides being totally overwhelmed, exhausted, and having some nursing issues, we were loving every minute of the ride. The family we stayed with were nothing but gracious. They fed us and made sure we had a car to get around to appointments. We really couldn’t have asked for better living accommodations. We became a family in that home 🙂

We spent a few days waiting on paperwork and I got a phone call last Tuesday that we were free to come home to Denver. So on Wednesday, November 19th we gathered up the luggage, this time with a baby in tow, and flew back to Colorado. We’ve been settling in ever since…not sure when we will feel fully settled but it’s definitely not yet! 🙂

That’s our story! Thanks for everyone who followed along with us via social media!

How to Come With Us and Meet #BabyTex