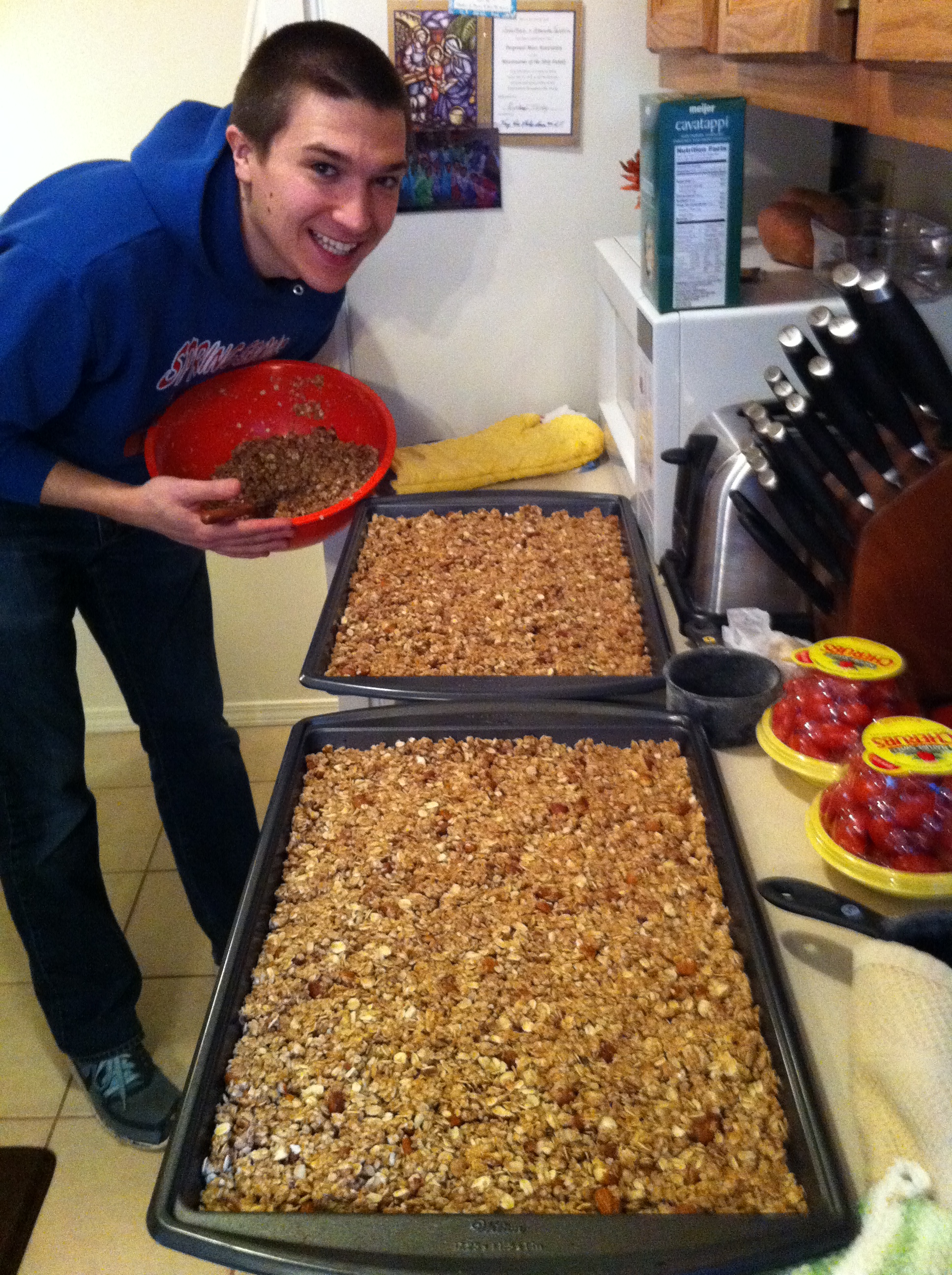 Sorry for the lapse there…how did a virus get on our site? Of all the things that are true, good, and beautiful, a virus doesn’t qualify. Don’t know what it was thinking. Well, now that Jonathan amazingly re-did the entire site from scratch since he’s awesome, we’ve re-posted all the old stuff and are moving forward with new stuff. Enjoy.

So about two weeks ago, Jonathan and I went to the Community of St. John’s (CSJ) for some much needed silence and prayer. Their Religious Order is about an hour and a half from our home in Champaign. It was a peaceful day and we heard some magnificent talks on the topics of “faith, hope, and charity.” I made an attempt to pray on a couch during the afternoon and after closing my eyes to meditate on what God’s been teaching me this Lent…I woke up an hour later still in sitting position. Mental note…use the kneeler next time when I am trying to do some serious praying…not the soft couch. 🙂

Now, the point of us going there was for prayer and strengthening our relationships with Jesus…but sometimes Jesus likes to bless us in ways we don’t expect. We ran into one of Jonathan’s dear friends and a former co-worker in FOCUS with both Jonathan and I while we were visiting the CSJ. It was a total blessing to see Brother John, as we weren’t sure when he would be sent to France for more formation with the Order. It was awesome to see him living out the vocation God’s called him to and for Jonathan to spend some brief time catching up. I know it really rejuvinated Jonathan to see a brother in Christ. Well, in their 20 minute time to catch up, Brother John gave Jonathan their recipe for homeade granola, and it’s super delicious and simple to make. Now we pray for the CSJ every time we eat it. Jonathan has a dream of getting several Religious Orders’ granola recipes, so we can remember to pray for them all while we eat breakfast.

Below is a batch we made upon getting home as well as the recipe. – 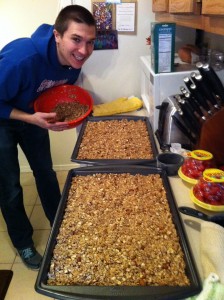 Pour in liquid mixture, stir and fold together. Spread onto baking sheets, about the thickness of a Nature’s Way bar. Put in oven and keep a close eye, as it can burn easily. 10-15 minutes approximately. May need to rotate depending on oven’s distribution of heat. Once it’s browned, remove from oven and let cool 10-15 minutes and then break up and store/eat!

It’s best to combine this with some source of protein (milk or yogurt), as to delay the sugar spike in your blood from the sugars. Using whole wheat flour will also help keep you fuller, longer and deliver some more fiber. We add flax seed to ours too.

“Rejoice in the Lord always!”