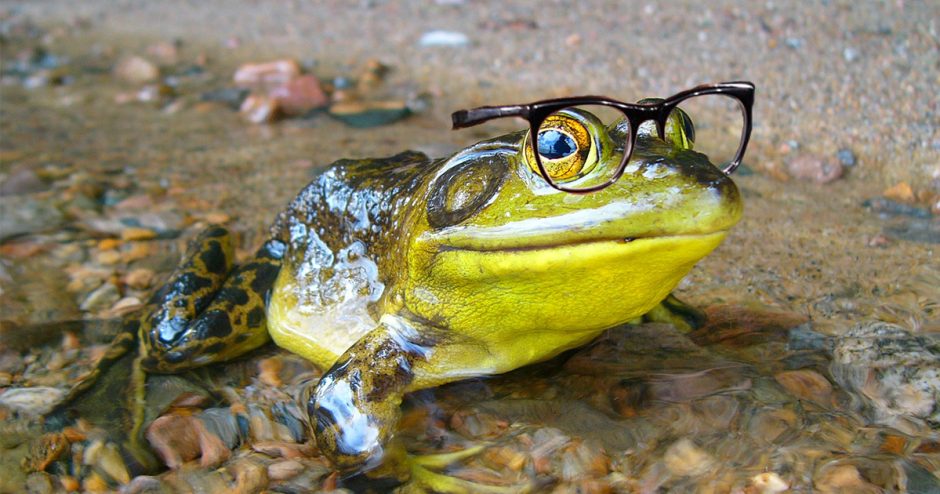 I am sure you are familiar with the old frog in boiling water story.

In case you were living under a rock and haven’t, it goes something like this…If a frog is suddenly placed into boiling water, it will jump out, but if the frog is put in tepid water which is then brought to a boil slowly, it will not perceive the danger and will be cooked to death.

The story is generally told as cautionary tale so people are aware of even gradual changes lest they suffer eventual undesirable consequences.

Now, I cannot speak to the veracity of the story as I have never attempted to boil a frog nor do I have plans to (nor do I encourage you to do this! LOL) However, I have experienced and witnessed a modern day frog boiling if-you-will of Millennials who are clueless as to what’s happening to until it’s too late and they’re stuck.

What am I talking about?

The American culture has been sold, hook line and sinker, on the debt lie. This belief that debt is normal, even inevitable, to receive an education, drive cars, or to maintain a certain lifestyle. It’s nearly all but assumed that Millennials will accrue not only student loan debt but also credit card and car payments.

And you know what? It’s boiling them (and eventually our economy but that’s another post) to death.

Before you label me Chicken Little and close out this post, let’s sit down and review together the cold hard data and facts of what debt is actually doing to Millennials (and even the economy at large).

What you choose to do with that evidence will be your own choice but I at least want to put the information in your hands. You can decide if you want to hang out in the warming water or jump out while you can.

(As I typed that I tooootally had the image of Morpheus from The Matrix in my head and felt like a real B.A. Blue pill/red pill scene anyone?)

Every single year, the most recent college graduates achieve a new milestone – being more indebted than every class prior to them. Yikes!

It doesn’t take a rocket scientist to figure out that majorly indebted Millennials with low paying starter jobs aren’t likely going to prioritize taking on even higher levels of responsibility of marriage, child-rearing, or buying their first home.

While some Millennials actually aren’t interested in pursuing the classic American Dream (hey, it’s not everyone’s cup of tea), a large majority do want it but they don’t feel like they can swing it financially. While I am firmly in the camp that debt shouldn’t deter you from marrying or having children, I understand and empathize with those who feel paralyzed by their debt and decide to wait.

Actually, I am quite mad for them, as their student loan payment is crippling their dreams, desires, and opportunities. We now have a generation that feels the need to plan their life around their debts and that’s frustrating. Wasn’t debt sold to us as a way to “get ahead” or “invest in our future?”

Now we’re delaying and sacrificing our future on the altar of debt. Hmmmm.

How About a Whopping Dose of Stress, Anxiety, PTSD, and Depression

What do you get when you combine stagnant wages, looming uncertainty about retirement, economic uncertainty, non-existent savings, increased cost of living, and crushing amounts of debt?

A Millennial Stress Cocktail that’s what.

It’s not shocking to see the latest research pointing to Millennials being more stressed financially than any other generation in the workforce. In a recent study, it’s reported that 79 percent of Millennials with student loan debt felt a moderate to significant impact to reach their financial goals.

It’s obvious that people feeling incredible financial pressure aren’t as productive on the job as those without the same burdens. While over half of Millennials report financial stress in their life, 36 percent have even exhibited PTSD symptoms related to their finances – denial, avoidance, hypervigilance, even nightmares relating to their finances. (Warning sirens anyone???)

We’ve seen these symptoms with individuals and couples we’ve worked with. Many times it means watching people bury their head in the sand about all things financial. They grow insanely uncomfortable and stressed out just speaking of their debt, so it’s far easier for them (or so they believe) to drop the subject altogether and not face it.

Working To Pay Others Instead Of Pursuing Their Dreams

After they take out taxes, add up all their debts and payments, make sure the bills get paid, all of a sudden there is hardly anything left to save or pay off debt faster. Their hard fought for income now simply passes from their bank account into Navient’s. They’re simply working to pay back debts and aren’t free to use their entire paycheck to pursue their dreams and desired adventures…or if they do, they just rack up more debt, stalling current and future momentum.

Over half of Millennials are living paycheck to paycheck (which let’s be real, isn’t just a Millennial problem). While many Millennials are saving for retirement, studies show they aren’t saving enough to cover their financial needs later in life. So in some ways, debt is forcing them to burn the candle at both ends, sacrificing their now and their later.

How Do You Jump Out’?

I know, some of you might be thinking, um yea I didn’t need you to spell out how debt is affecting my life – I already feel it and am pretty depressed myself…thanks giving me more anxiety.

Others of you might be thinking, welp, it’s Millennials faults for signing up for so much dang debt so let them reap what they sowed.

I think this information needs to be more widely known and more than that, I want you (if you’re a Millennial feeling the weight of debt) to know that you don’t have to accept this as the norm anymore.

You CAN face your debt head on, punch it in the gut, slay the giant, and live your life with freedom and peace.

As someone who burned the debt bridge as a 20-something back in 2012, I’m inviting you to jump out of the water. I’m throwing you a life raft. Jonathan and I paid off $24,500 in student loan debt and credit cards in 7.5 months and we want to share with you our proven game plan for throat punching debt and showing it who’s boss. You can be debt-free and we can get you some quick momentum.

Over the next 5 days we want to help you dream about what life could look like without debt, asses your current financial reality, unpack common emotions that impact our relationship with money, start budgeting so you don’t have to wonder where the heck all your money went, and share our #1 tip for accelerating your financial progress.

Your hopes and dreams matter to you and we want to help you see them become a reality, so snag your free 5-Day E-Course now.

Adopting Again…How Soon is too Soon?

How to Avoid a Christmas Budget Blowout!